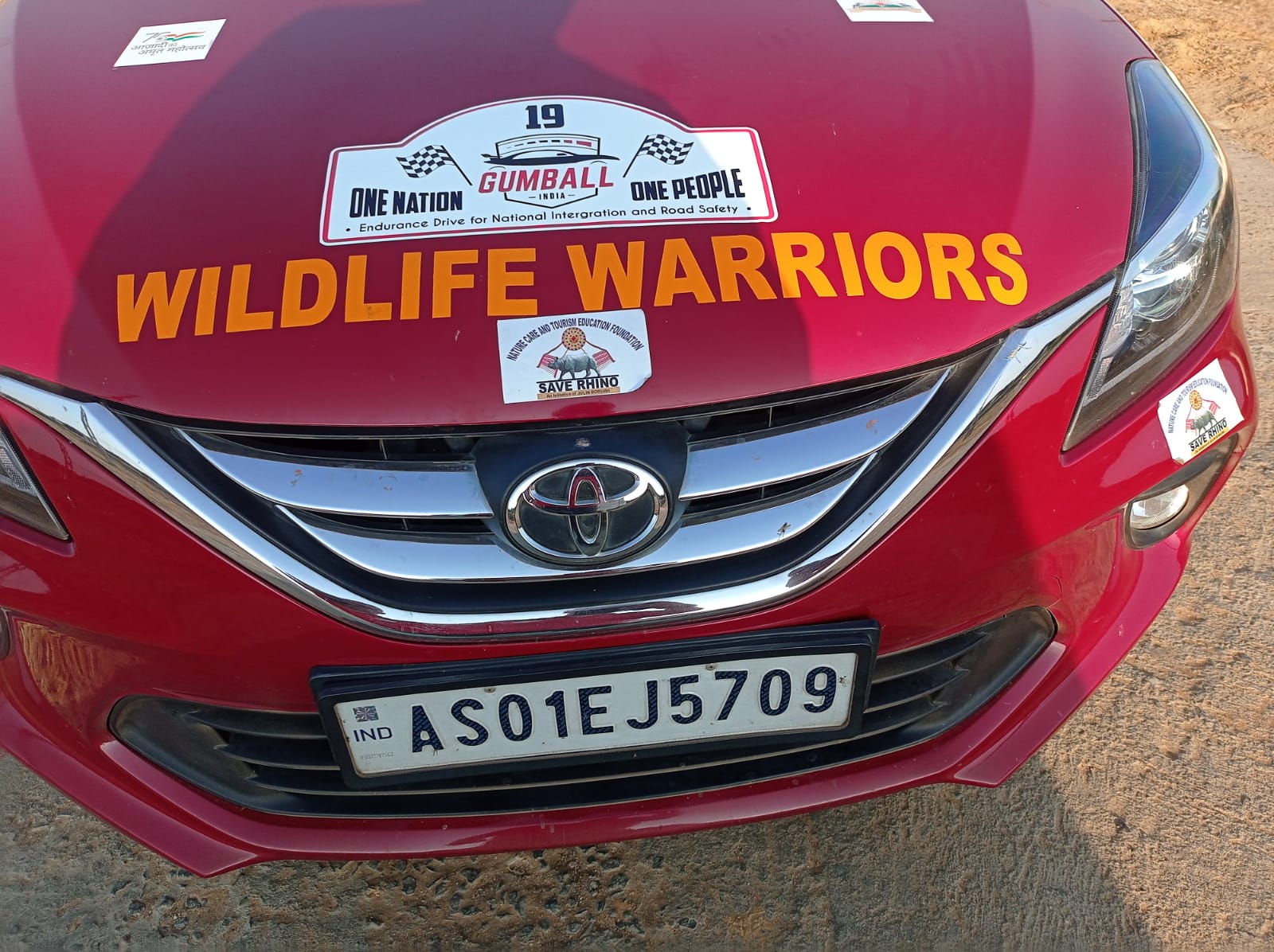 Gumball India 2021 was a surprise for both of us – I and my teammate Dr Apurba Kumar Sharma.

My brother Anand asked me in the month of November “Julin Gumball jayega kiya?” and I instinctively said “YES” just like that because it was my long standing dream to participate in motorsports. Filling in details Anand said “You will need a navigator. As far as the “gari” you can use your Toyota Glanza only.” Coming home that night I had a discussion with my wife on what to do and to my surprise she replied “It’s your dream to be part of motorsports rally so go for it at once.”

Next Anand Da introduced me to Anil Singh Bhai for being my co-driver / navigator. I went to Delhi and had a meeting with him and then we went to meet Sudev Sir, the COC of event, to have a better idea of Gumball India. It’s then I realised it is going to be real tough nonstop endurance drive of man and machine.

On returning back to Guwahati I met my friend Dr Apurba Kumar Sharma  and told him “Dada jabo niki (will you participate with me)?” He at once said “Let me apply for the earned leave.” He is a doctor in government department.

So between I, Anil and Apurba we decided to form two teams and I requested Anil Bhai to find a car and a partner driver  as Doctor Saab wants to be alongside me. It took a while but finally we made two teams with motto of spreading awareness about wildlife protection: 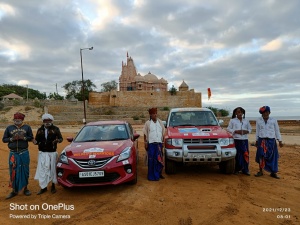 Initially I wanted to use my friends Creta as it would be spacious and ore comfortable for the long ride ahead.  Due to last minute technical issues we ended up going in my Toyota Glanza only. It turned out to be the right decision as we made it to the finish without any hassles.

Apurba and I were very excited to be a part of Gumball India endurance drive as it was our first motorsports event of life apart road racings.

We reached Koteshwar driving for three days from  Guwahati that was almost 3000 kilometres. Anil Bhai and Ankur From Gorakhpur joined us en-route.

Here we interacted with specially abled friendly drivers, few attitude waale drivers, other happy go lucky drivers and some really experienced drivers. Our Goal was to make friendship and reach finish the “One Nation One People” endurance drive within the time while managing whatever the shortcuts we could. For us it was a nonstop endurance drive from start to finish with limited speed of 55 km/h. Testing us and our machine Glanza.

The organisation was superb and motivated all participants. Headed by Sudev, although a bit complex but loving personality. The sweep function was handled by the TT man “Abbas.” He is the coolest support one could ask for “a pure team man.” Photoman Rahul is the jolly one but stayed back in only two cars whereas as per plan he was to hop through all 16 cars. Backend team of monitoring marshals did a superb round the clock job of making sure we were all right with hourly check calls.

Finally we completed the endurance drive of 4000 kilometres in 82 hours starting from tip of Gujarat, thorough Rann of Kutch, the hills of Aravalli, the  Chambal valley, historical place of Madhya Pradesh, the traffic of Uttar Pradesh, the villages of Bihar, the landscape of West Bengal, the greenery of the Assam and the coolest and the beautiful hills of Arunachal Pradesh  to Kaho. We finished in style. For those 82 hours of our life of non stop driving was amazing. We only had cashew nuts, cakes, juices, chocolates and water so that we don’t have to stop much other than to refuel. We kept our nature’s call on hold for long duration too.

Congratulations to the winners and love and respect to the rest of the teams for participating.

Looking forward for 2022 with our experienced of 2021. A big thank you to Incarnation Sports, Govt of Arunachal Pradesh and Anand da for this life time experience of ours. Thanks also to all the loving participants for inspiring us to move on.