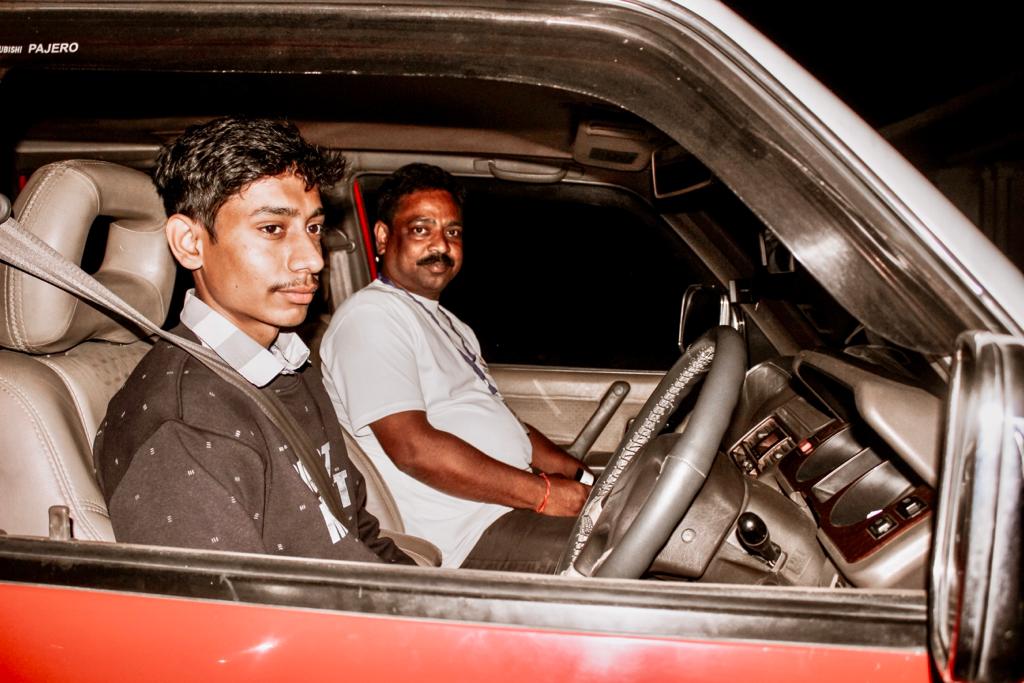 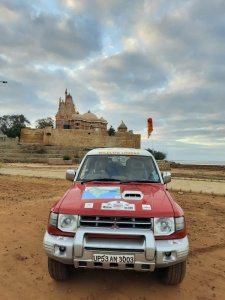 A one of Its kind ENDURANCE EVENT where we were supposed to drive from the Western most point of India, KOTESHWAR (Gujrat) to the Eastern most end of the country KAHO, (Arunachal Pradesh). It is the village that receives the first Ray of SUN that falls on India.

Being aware of the rules of the game, we knew that the Team who reached first , DOES NOT WIN. Rather, the team which covers the stretch in the least number of kilometres is the winner, provided they cover all the check-points en-route. Another important factor in deciding the winner is the total time duration for which the car stops, this time is converted into kilometres and added to the total distance traveled. It was so much fun driving through the diverse country that India is, covering various kinds of Terrain, Temperatures, Road Types & Conditions, Food Types, Linguistics etc..

In very FEW other Motorsports events are the Drivers & Co-Drivers allowed to switch seats amongst themselves during the run. While STILL following all the rules, we carved out some time to camp up in the Swiss Tent that we were carrying along, JUST to do justice to the serene beauty of the locations selected in the drive. 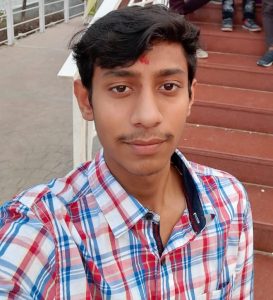 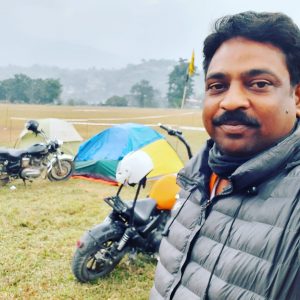 This event wouldn’t have been such an enriching experience had I participated with anyone else, other than my DAD. He has been in the Indian Air Force for 27 Years (now, retired) and he was also deeply involved in the formation, of Motorsports TEAM of Air Force and brought laurels for the same by having WON events like Raid De Himalaya, Dessert Storm etc.

Our participation happened because SAVE THE RHINO Foundation, funded by Mr. Julin Barua, decided to sponsor a Team’s entry and Mr.Anand P. Sereng, who was part of organising team, recommended my father’s name.

Being the youngest participant, driving under the guidance of my father, completed the drive safely, well within the stipulated time. It’s only then the realisation struck me of how much & what all this WORLD Class Event had just taught me. In some places, to reach our check-points in a minimum number of kilometres, we even went off the road through desert-like terrains, farm-lands, jungles, shallow streams, villages etc. To understand the reason behind this choice/decision simply; Suppose you are at Point A, and to get to point B, GoogleMaps is showing that you have to take a 90 degree Right turn after going straight for 12 Kms and then travel another 5 Kms to get to Point B, Dad would quickly ask me a to do a Mathematics Calculation we learnt in Class 5 (Pythagoras Theorem a 2 + b 2 = c 2 ), whereby 12 2+5 2 = 13 2 and taking a quick guess at the terrain we’d suddenly leave the road, to cut across and reach point B by traveling just 13 Kms, where others would reach by traveling 17 Kms. This way, by saving up on 10’s, 100’s and 1000’s of Meters, we could ultimately make our route shorter by 100’s of Kilo-Meters when compared to various other teams. I learnt something from everyone. Kudos to the sportsmanship spirit that people in motorsports share amongst themselves. One such example was Competitor No. 2, Mr. Rahul Gedupudi & Mr. Rajesh Cherukuri from Hyderabad. After having covered a long, tiring and gruelling journey of almost 4000 Kms, when they were hardly 150 Kms (2~3 hours) before the finish, they sacrificed their sure shot spot on the podium. It was around 4 AM, Pitch Dark, Extremely Cold Ghats section slightly after Parshuram Kund, where they found another competitor’s car (Toyota Fortuner) had gone in to a ditch by side of the road they immediately stopped to check on the team (comprising of and Ex-Indian Army personnel with both prosthetic legs and another specially abled person suffering with polio) that was stuck, gathered the required things (that they were falling short of) from passing by competitor vehicles and rescued the vehicle out from the place tactfully, where otherwise the competitors would have remained stuck for at least a day or two, trying to call cranes etc with no mobile signal in the region.

Special Thanks to the people of Arunachal Pradesh for the warmth shown towards us in their Pristine, Blissful Heaven-On-Earth like State. Total population of the village Kaho ~70, of which about 11 people are above 80 yrs. of age and about ~15 are below 10 Yrs. Still, the whole village, along with Anand Uncle & Lakhpa Uncle were at the FINISH point, with different responsibilities. Some welcoming & congratulating the Winners, Finishers & Participants, some cooking food for the entire Gumball India Team, and everyone else, thinking minutely of things that could provide comfort to us Eg: Other than so many other things which they did, The Indian Army (having been posted at that remote Indo-China Border, without any mobile connection, for months/years together, away from their family) had set up Portable Toilets for us knowing that we have driven Non-Stop for Days together. Small thoughts and feelings are taking up paragraphs. I think I could pen down a book in a day, if I were to write down about the enriching experience that Gumball India 2021 was. Although this was the First Motorsport Event of my life, I feel it has prepared me for all other events that we have in India :). Once again, thanks to My Father, for giving me the Surprise of taking ME on his Team, Sudev Uncle for allowing me and last but NOT THE least Lakhpa Uncle for making this event happen, by all the liaising with the Arunachal Pradesh Government and garnering their whole hearted support for the successful execution & completion of Gumball India 2021 by providing all the required special permissions/approvals/permits and sponsorship for the event. A special thanks to all the participants for creating the aura around this event and an advance thank you to the new people who are going to get motivated into participating in Gumball INDIA 2022 (scheduled to start on 16th November, 2022) :-