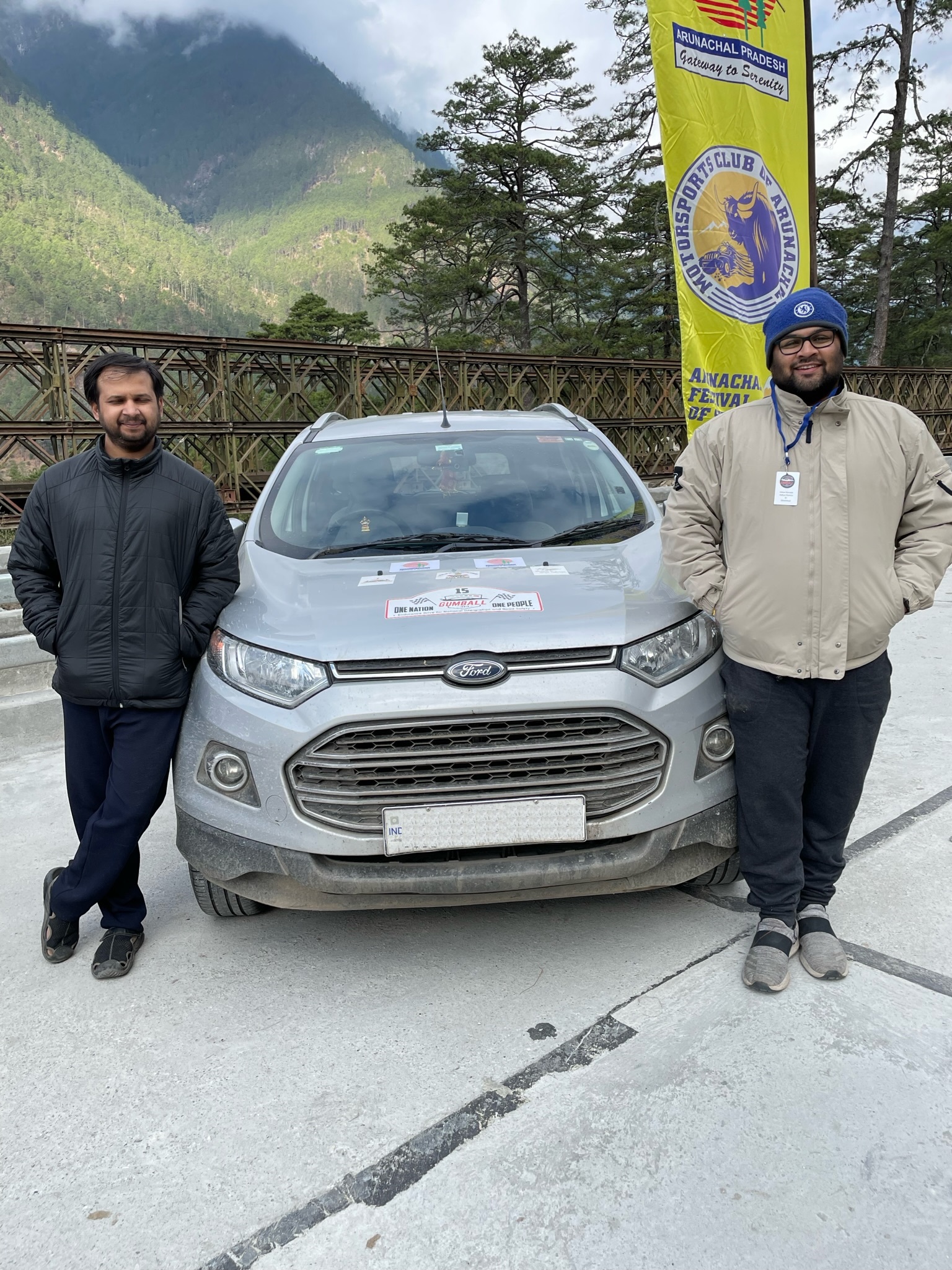 It all started with a simple post about Gumball stating “Definitely not for just anybody” which caught our attention, and after much discussion we both decided on very last day that we were in. It was the nomadic zeal within us that shouted “Let’s Do this!!!”, and hence we called ourselves “Urban Nomads”.

Fast forward to starting line, we saw so many teams participating, right from the freshers to much experienced and previous winners, that we realised competition is tough. Before the start it was all about plan and strategies, but once we started and reached the white sands of Rann of Kutch, it was all about the journey. We saw so many places not even thought of, like driving on Rann of Kutch Lake, road dividing Gujrat and Rajasthan, to all the way driving across tea estate in Assam and finally reaching unexplored Kaho. There were times we were cruising on top gear on highways, and there were times we were just praying to cross the patch of road. We never thought in our wildest dreams that we will be driving 3000 kms in 60 hours non-stop across India.

For us, it was never about any podium position, but a finish was what we were targeting. We had our share of problems – lost the route, wrong path chosen, puncture, even driving on path not meant to be driven, but hey, that’s Gumball all about. You don’t have to reach the finish fastest, but you have to reach there with shortest distance. It’s “Game of Shortest”

Gumball have given us lots of memories and lots of new friends (to be precise, nomads like us). We won’t forget neither the drive through Rann of Kutch Lake, nor the drive in Arunachal Pradesh, off-roading a 4×2 FWD vehicle in the middle of the night at a place where there was “na banda na bande ki jaat”.

In the end we realised, it’s not about winning, it’s about finishing. People had plans, and people had strategies, but it all failed in the last leg of the event. Such is the nature of Gumball, you don’t know what lies ahead. We were just happy that we were a finisher, but never ever thought, that we would be finishing P3. After hearing the results in closing ceremony, we didn’t even believe the first time our name was announced!!! It was a pleasant surprise which took sometime to sync in.

In the end, all we can say is at first it all looks impossible, but after finishing it, we are addicted to it. The memories, experience, adrenaline rush we had is something we never had before. We will be back, hungry for more.